Some of these XML files will be created by the Elements install itself, by third party libraries registering themselves with Elements, and you can also configure your own paths to let Elements find references you use frequently, without having to rely on Hint Paths.

Underneath these folders, the compiler will look in platform-specific subfolders, namely:

as those are the internal codenames for the respective platforms. Any .xml file in these folders will be looked at for potential reference paths. For each platform, the compiler will also look in specific subfolders for reference paths for a particular sub-platform. These are:

The format of the XML files is as follows, where any number of <path> entries may be provided, and the Name value is purely for display purposes:

Reference Paths in the IDE

In Fire and Water, you can view the currently configured reference paths (including those set by Fire itself) on the "Reference Paths" tab of the Preferences dialog: 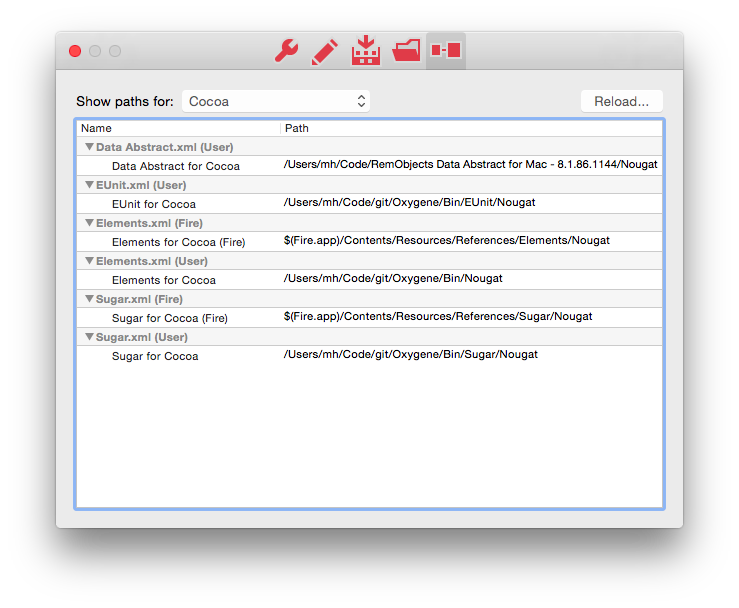 Broken/missing folders will be shown in red, and double-clicking a valid entry will open the corresponding folder in Finder or Windows Explorer. In the screenshot above, you see that Elements is looking at both externally registered locations from ~Library (indicated by the "(User)" suffix), as well as those inside Fire (indicated by "(Fire)").

You will also be able to add custom paths via this dialog.

In Visual Studio, you can view and configure reference paths in the "Tools|Options" dialog, under "Projects and Solutions|RemObjects Elements|Reference Paths" in the tree: 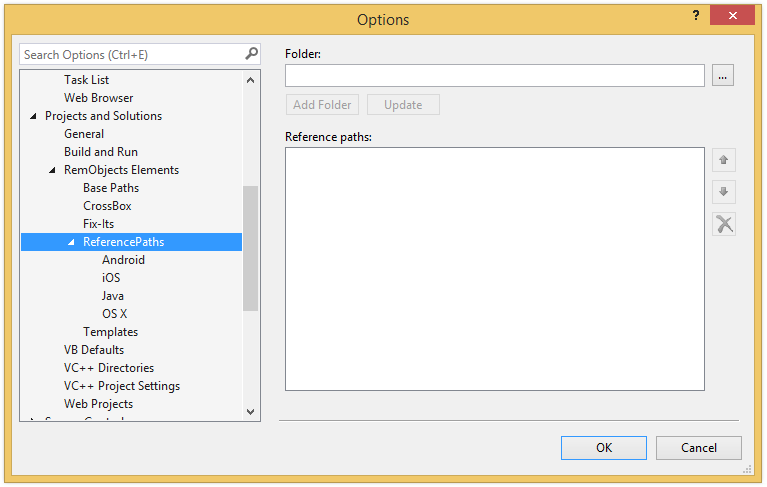