Elements supports NuGet (.NET) and Gradle/Maven (Java and Android) package references to automatically download and maintain dependencies for your projects on these platforms.

While these were supported to a limited degree in Elements 9 and earlier, the remainder of this topic focuses on how Package References work in Elements 10 and later, when using EBuild, since for EBuild we have completely revamped the package management system, and EBuild now handles all package resolving internally, without relying on NuGet or Gradle to be installed.

EBuild handles both NuGet and Gradle package references very similar, so a lot of the things discussed in this topic apply equally to both kinds of packages.

A Package reference is specified as a combination of a name and a version, separated by colon. For example: com.android.support:support-v4:22.2.1.

Version numbers can be specified in several formats:

In general, Semantic Versioning rules will be used.

Package references can have recursive dependencies to further packages (e.g. package "A" might depend on package "B"). EBuild will automatically resolve all recursive dependencies until every necessary reference is pulled in. If references to different versions of the same package are encountered, EBuild will automatically upgrade to use the highest required version, where possible.

The final result of package resolving will be one or more Plain References that will be processed like any direct reference would. These can be .dll files on .NET, or .jar and .aar files, on Java/Android.

Fire and Water will expand Project references in the Solution Tree to show you the final plain references that resulted from them, and also show you any dependent recursive references, a well:

By default, packages will be resolved from the default platform vendor's repositories. For .NET, that is the central repository at api.nuget.org. For Android, that are maven.google.com, repo1.maven.org/maven2 and jcenter.bintray.com, as well as any local repositories in disk in the extras folder of the Android SDK install.

Additional custom repositories can be configured locally within the project by adding one or more repository object, such as:

Sometimes, it is useful to specify custom repository for a specific reference, to override where this package will be obtained from. This can be done by providing the URL of the repository as metadata for the package reference elements, using the NugetRepository or GradpeRepository name, respectively.

If a repository is specified here, it will be checked first, before looking in the other standard (or per-project) repositories. (The local cache will still be consulted before).

Packages downloaded from remote repositories will be cached locally in a central storage shared by all EBuild projects. You can build with the --no-package-cache command line switch to disable any caching and re-download all repositories fresh from the server.

You can add Package References to your project from Fire and Water via the fourth tab of the Manage References dialog, which can be accessed from the "Project" menu, by right-clicking the "References" node or by pressing ^⇧R (Fire) or Shift-Alt-R (Water): 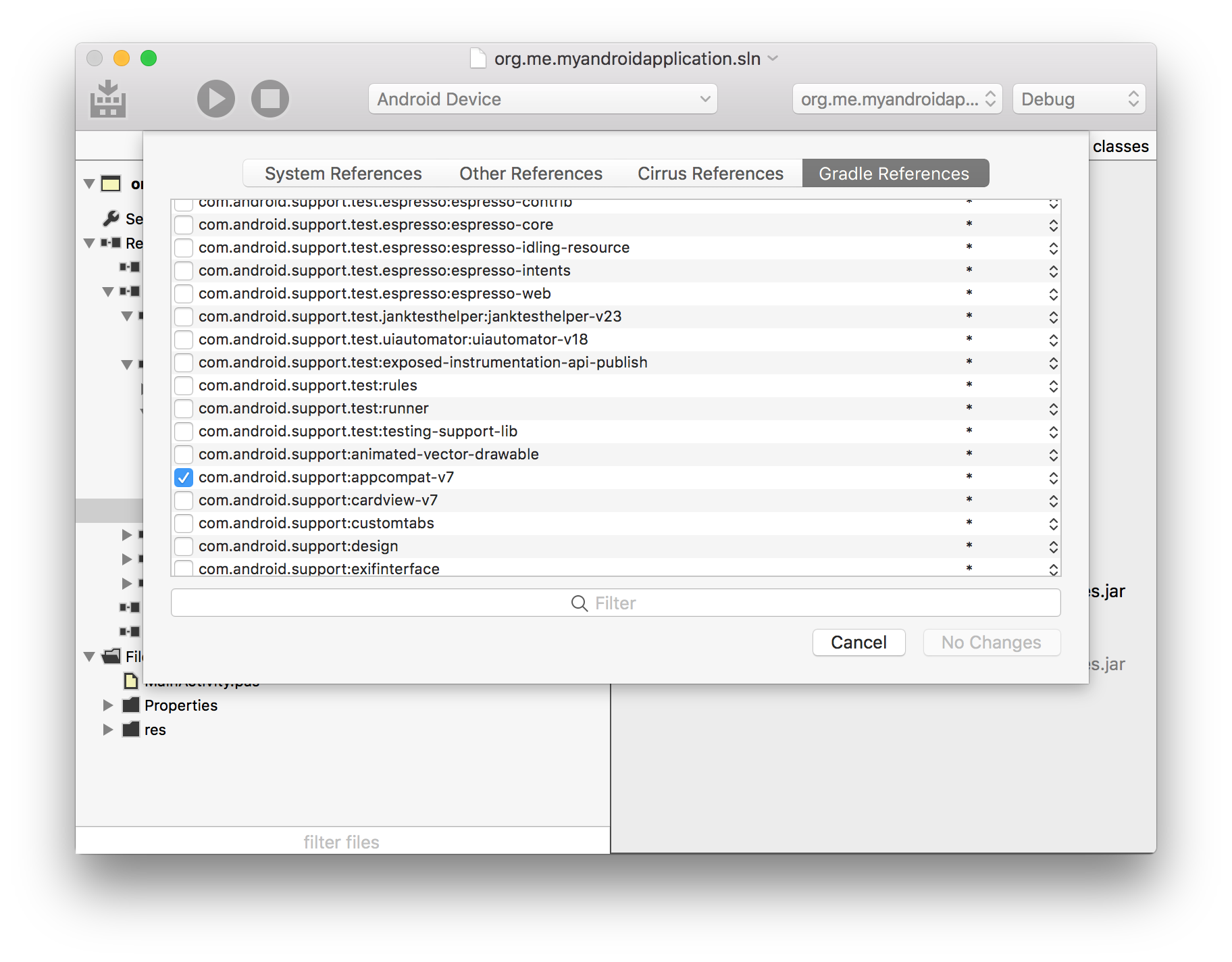 You can also manually add package reference elements to your project file, e.g.: