Setting up the Java Development Kit for Fire

Fire (or rather, the Elements compiler) requires the Java SDK 6 or later to be installed if you want to build Java apps. If Java is installed, Fire should select it automatically, and the Java paths should show (in gray) in Fire's Preferences dialog: 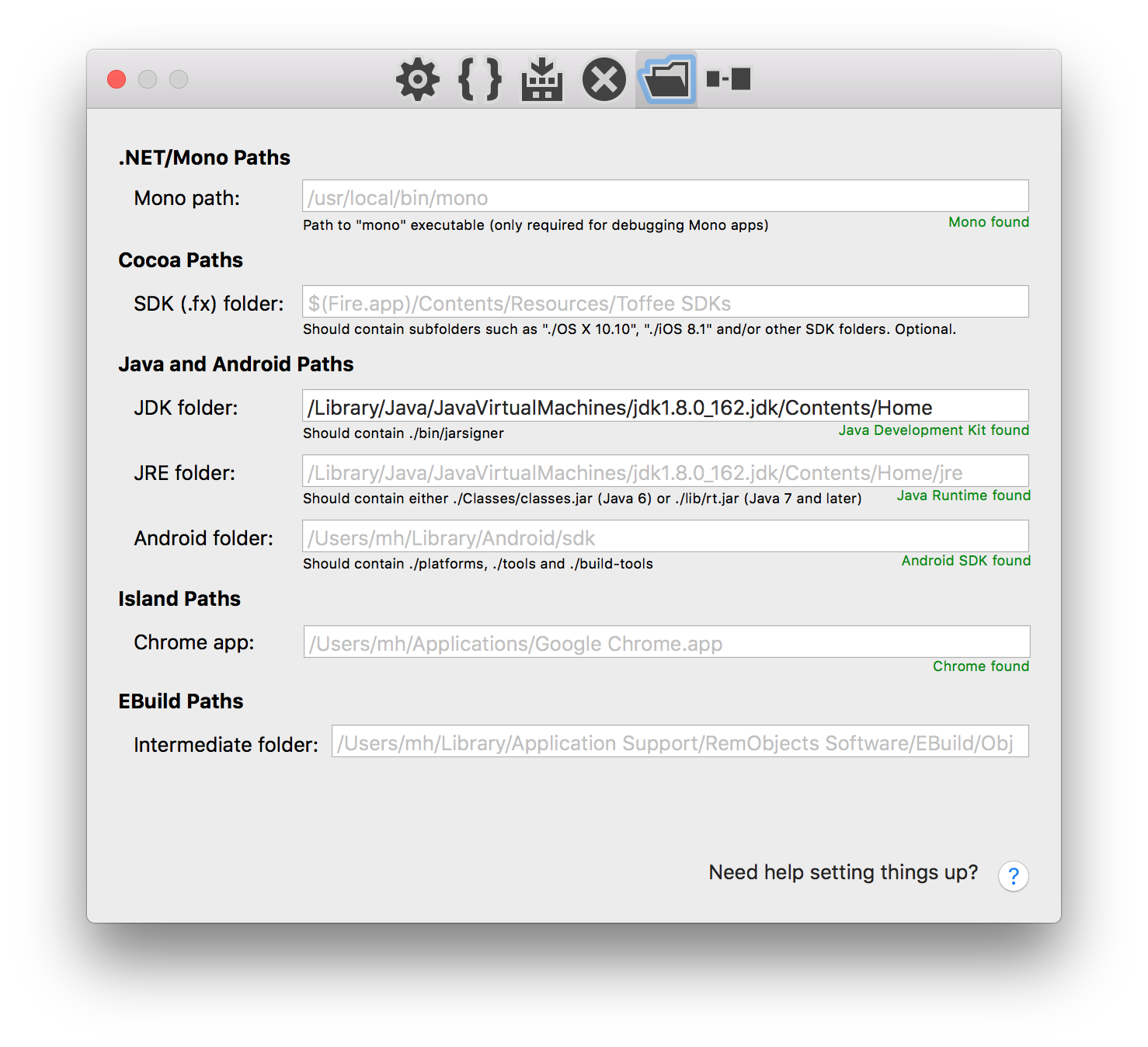 If Java is not installed, or you want to use a newer version of Java than comes with Mac OS X, you can obtain the latest download at the URL below, or by typing java into Terminal and pressing enter. After installing Java, Fire should pick it up automatically.

If you have a custom version of Java installed that Fire for some reason does not detect on its own, or if you want to override the JDK and JRE paths manually (and know what you are doing), you can manually change the paths in the Preferences dialog, overriding the default.